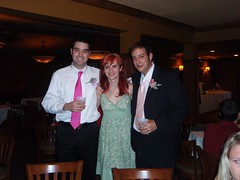 2009 has been a challenging year for many of us, and despite the recession, lawmakers continue to update and later legislation which affects businesses employing people.

Why not try our quiz and check you’re fully up-to-date?

2.  What new arrival joined the employment law world in April, the latest in a long and distinguished line?

3.  What new rules affecting those working with children and vulnerable adults came into force on 12th October – but without their central database?

4.  Which bearded businessman was elevated to the House of Lords this year – and hired as enterprise car?

5.  Who hired an illegal housekeeper – and paid the penalty?

6.  What amount did a week’s pay for redundancy purposes increase to in October?

7.  What can employers in the restaurant and other service sectors no longer use towards paying the National Minimum Wage?

9.  Who, apart from parents of children under 5, disabled children under 18, and carers of people over 18, can since 6th April request flexible working arrangements?

10.  Can employers still lawfully require staff to retire at age 65?

1.  The Statutory Dispute Resolution procedures were abolished from 6th April.

2.  The new ACAS Code of Practice on discipline and grievance handling in the workplace came into force from 6th April.

3.  The Vetting and Barring Scheme came into force on 12th October.

4.  Lord (formerly Sir Alan) Sugar was hired by the Government as an “enterprise champion” and was given a seat in the House of Lords in June.  Read more: You’re Hired – Alan Sugar to advise government on business issues (June 2009)

5.  Baroness Scotland – the Attorney General – fell foul of the Home Office’s Civil Penalty Scheme for failing to check the immigration status of a person she hired as a housekeeper.  For more information: Attorney General fined for hiring illegal worker (Oct 2009)

10.  Following a recent ruling in the Supreme Court, employers can continue to require employees to retire at age 65, provided they follow the correct procedure.  However, the ruling makes clear that changes to this rule may need to be made.  Read on: Retirement at 65 legal – for now (Oct 2009)

How did you score?

8-10 Well done!  You’ve pretty much kept up to date in a difficult year.  But make sure you look up the answers for the questions that floored you.

5-7 Not bad.  It’s understandable if some changes passed you by in this busy year.  But it is worth doing some homework on getting to grips with the changes you’ve missed.

Under 5 You’ve clearly been very busy “minding the shop” – but you have let some important developments in employment law pass you by.  You may be taking risks by not bringing yourself up to date.  Many of the changes this year are new minimum rights for staff, or things that mean you risk a financial penalty if you don’t comply with them.

Get our FREE monthly newsletter, with fantastic tips & exclusive content, direct to your email inbox!